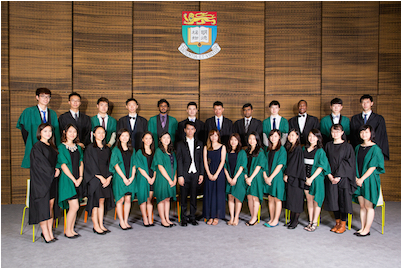 Founded in 2013, the Schola Cantorum is a mixed-voice chamber choir based at Shun Hing College, The University of Hong Kong. The name “Schola Cantorum” originates from the medieval singing school for church choristers, where students with singing abilities can also receive a general education. Having this similar idea, the Schola seeks to foster intercultural exchange and mutual learning between students with different backgrounds through music, in line with Shun Hing College’s mission to build an inclusive and vibrant model of community engagement.

Taking pride of its diverse composition of members, the Schola’s repertoire embraces a wide variety of music ranging from the renowned classics by Handel, Mozart, Puccini to the contemporary choral music by Rutter and Gjeilo, as well as selections from West End and Broadway musicals. The ensemble is also notable for its innovative programming. With the aim to introduce new music to its Hong Kong audience, the Schola regularly includes unheard pieces in its programme. Recent highlights of Hong Kong premieres by the ensemble comprise Thomas Hanelt’s choral arrangement of Mahler’s Lieder eines fahrenden Gesellen and Bernstein’s Mass (in Doreen Rao’s concert edition).

With its base set in the neighbourhood of Kennedy Town, the Schola is devoted to deliver its boundless sound to the local community as much as the global audience. The ensemble gave its first concert in May 2014 and since then aspires to hold performances in each semester. Members from the Schola also made their first tour to Vienna in summer 2014 and won the Bronze Award in the Fifth International World Peace Choral Festival. During the Festival, the voices received guidance from world-renowned choral conductor Andy Icochea Icochea (Artistic Director of Voices Boston, former Kapellmeister of Vienna Boys Choir). They also had their debut in the world famous Golden Hall of the Musikverein and performed at United Nations Office in Vienna in support of the first World Day Against Trafficking in Persons.